So, we did this for my son's birthday.

Apparently, if one has a box fort, one requires a vehicle as well. My son cheerfully informed me that I should now attempt to create a tank. Not just any tank, but a Sherman tank. And it has to be able to move, and have a working cannon. In case you didn't know off the top of your head, this is what a Sherman looks like.

So, I needed a framework to start with, because I lack the skills to start from scratch. I used our wagon. Pic courtesy of Amazon, because I didn't think to take one pre-project. 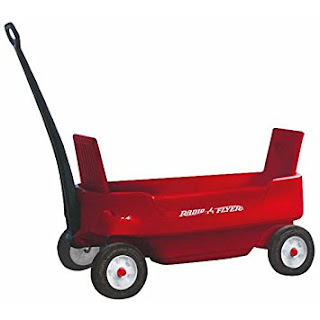 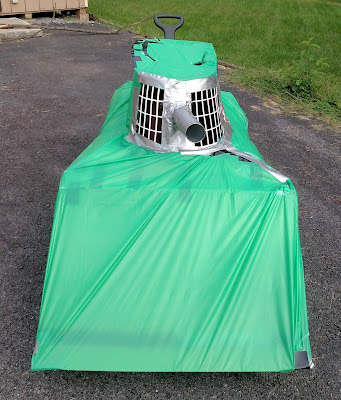 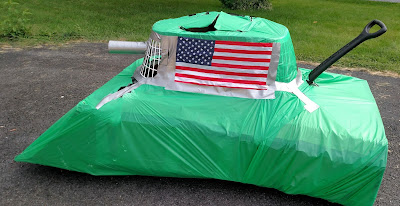 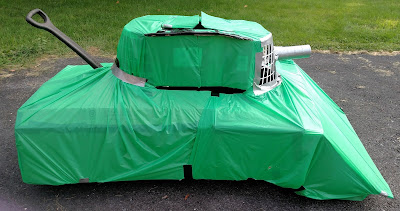 So yeah, it's not even close. But he likes it, so we're good. I used a wide, flat box to create the body, cutting out a hole for the turret and taping additional boxes to enclose the sides.The turret is a laundry basket cut in half and connected with cardboard panels. The materials were all purchased at a dollar store, and were:


That's it. The tank is fully mobile, though it requires someone to push it. Access is through the side, which opens, and the top hatch also opens. 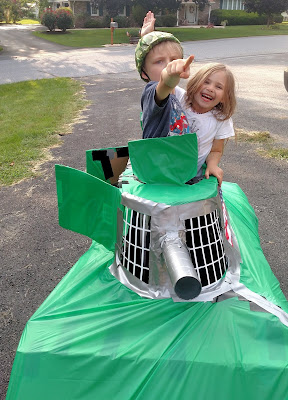 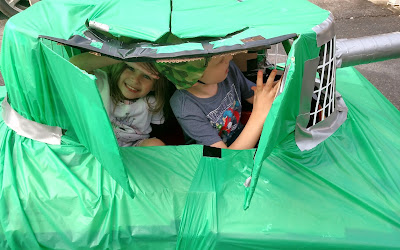 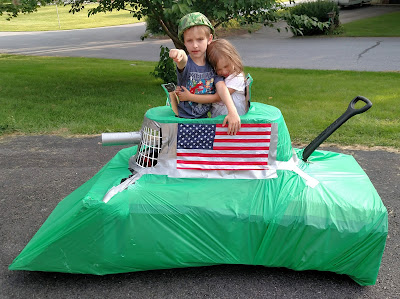 And the final requirement, a working cannon. It requires manual firing with a Nerf gun, but it works.


Next project, after some discussion, is a box fort jail cell. This could get interesting.
Posted by Unknown at 4:10 PM