Thanks to House Party, I was introduced to a new time saver, the Panasonic Countertop Induction Oven! 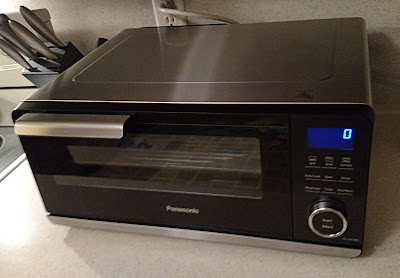 What does it do? Easier to say what it doesn't do, to be honest. It doesn't do windows. Okay, now onto what it DOES do.

But first, some information up front. Read and follow the directions. You wouldn't think what looks like a simple toaster oven would have rules and such, but this is not a simple toaster over. There's much to know about where to place it and what to keep clear. So read the manual. Also, there are some pans and wrap that you can put in it, and some you can not. And it's not all the ones you'd suspect, either, so check it out.

Heads up...this isn't a standard toaster oven. It combines induction and double-infrared heating technologies to even and quickly cook your food. And see that keypad? There's a lot going on there. It's an easy setup, though, and they include a cheat sheet.

However, it does make toast.

Add a teaspoon of water to each "water pocket" at the top and bottom, place the bread, then choose Auto Program and servings.

So I moved to the next rung on the culinary ladder, a cheap frozen pizza. Again, a success. 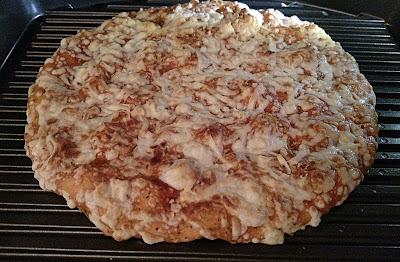 That's also Auto Program, but there's a specific frozen pizza setting. This was a 9", and there's also a setting for 12". Well, next I thought I should see what this baby could do with real food. In this case, chicken drumsticks. Again, the CIO rocked it. 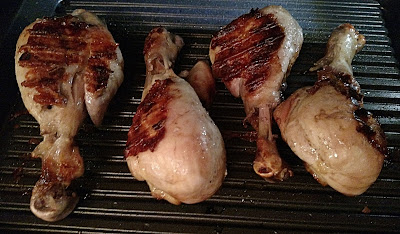 I removed the skin and added seasoning, and it went to town. Setting was Combo 1 for 27 minutes, bam. It cooked them clear to the bone, no redness, and they were very tender and tasty. 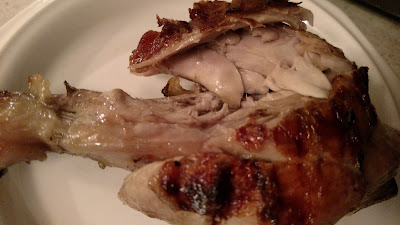 Next, I decided to test the claim that you can cook a plate meal in it. So I prepped salmon and veggies according to the directions, putting the meat in the middle and veggies on the outside. 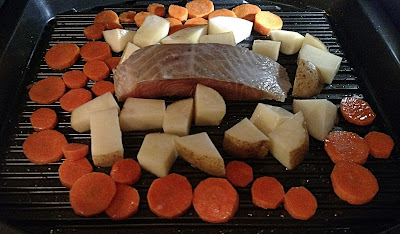 I used the Combo 3 setting for 24 minutes, as recommended. And again, it was cooked well. I prefer my salmon a little pink, so I think I'll drop it to 20 next time. 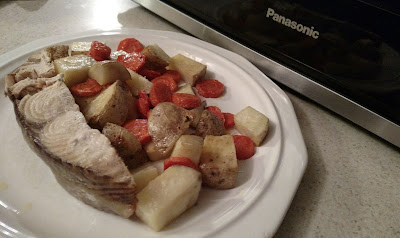 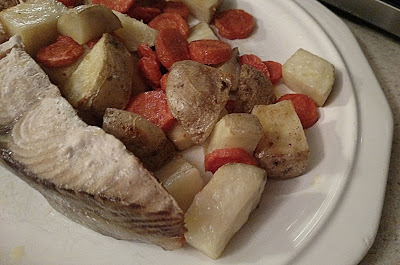 So that's all awesome, but I really wanted to see what this thing had. Could it handle, say, a pork roast? 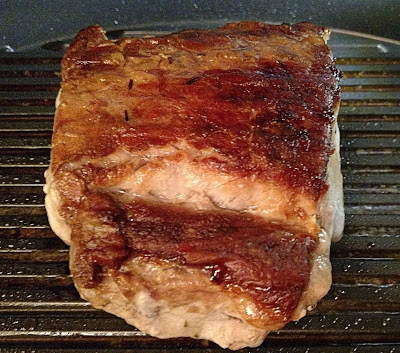 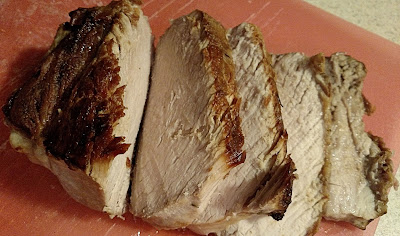 Perfectly cooked, tender and juicy. The little bit of char added a nice flavor. I just rubbed it with some herbs and dropped it in, then used the Grill Medium setting for 30 minutes.

My assessment? This is a wicked fun addition to any kitchen, especially when you're trying to put together a huge holiday meal, as it can act as a backup oven. I know there are times when I want to put in the rolls or a casserole, but the turkey isn't done yet. I'm all set now.

I also think this would be IDEAL for a tiny house, small apartment or dorm, anywhere that a regular appliance isn't available or feasible. It could replace everything from a toaster to the oven, and only take up a small amount of counter space. Yet another possibility is for learning cooks, or those who have concerns about using the regular one. My teen worries about using the large oven, but the CIO isn't at all intimidating to her, and the electronic aspect appeals to her as well.

Plus, it's a lot of fun to play with. Apparently you can also bake with it. I am most intrigued, and I will exploring that in a future post.

Intrigued? You can find it HERE.

I received this product via House Party for sharing and review purposes. My opinions and enjoyment of kitchen gadgets are my own.
Posted by Unknown at 9:38 AM