You Don't Have to Yell Back: Check It Before You Flame It.

I know, I know, this has been covered many times. It's a common idea, to post a list of dos and don't on internet etiquette, and manners, and all sorts of happy horse pucky. Because that's what it is. Horse pucky.

Etiquette implies that there's a pre-established set of rules that everyone knows about, but actively chooses to disregard. While there is a faction of folks like that, and we all know them as the lowly troll, I personally think they're in the minority. What makes up the rest of the group is:

1. The willfully ignorant. They have a good idea that what they're doing is not cool, but they don't really care. So they pull a Cartman, saying "Screw you guys, I do what I want". People attack them, and they fire back, feeling fully justified. You know the type. "I just speak my mind. I'm just honest and upfront. I don't sugercoat things." There is a difference between being honest and upfront and being a jerk, but they never learned it.

2. The actually ignorant. Lacking in social skills, they can't understand why every time they post, someone jumps all over them, and they are reactive rather than attempting to figure it out.

3. As I just found out today, language barriers. Even if you're speaking English to another person who's speaking English, you can take something completely out of context, and you may not even be wrong.

I know what you think I mean...things like "I couldn't tell he was being sarcastic." While that is something else to consider, this isn't what I'm getting at in this example. I consider that to be common sense, and not worthy of note. I know, common sense isn't common, blah blah blah....we'll get to that later on.

Here's what I mean. How a Brit words something could be taken as judgemental by an American, because they structure things differently in their phrasing. So that person you thought was being passive-aggressive could just be British. Seriously. I had this conversation. We all understand that there are terms that mean different things to Americans, but apparently what we consider a passive-aggressive dig in their case can simply be a declarative sentence.

Recognize the common factor here? An hint: it's not about them. It's about you.

People react to these folks as if they were the aforementioned troll. They respond in kind, because they have no idea why they're under fire, and drama ensues where it isn't necessary. So what's the solution?

Simple. Look for clarification. Ask them to further explain their position. Simply lurk and see what happens. In short, take a minute before you jump all over someone because you THINK you know what they're saying. Know what I'm sayin'? Clarity, my friend. It can save lives. Okay, maybe not, but it could lower blood pressures all over the internet, which is a nice thought. And if it turns out to be an actual troll, well...don't feed them.
Posted by Unknown at 10:06 PM No comments:

Email ThisBlogThis!Share to TwitterShare to FacebookShare to Pinterest
Labels: advice, internet, not sponsored.

Win a Brilliance Promise Ring Set, RV up to $1,000, via Dorky's Deals! (Closed by Sponsor's Request.)

UPDATE: The sponsor is no longer running this giveaway.

When it comes to jewelry, there's winner and losers, but something special, like a promise ring, has to be a winner. And call me crazy, but this one is just gorgeous. And as for a winner, you can be one, and win a set for your very own!

Brilliance, a leading diamond retailer, has a true passion for creating high-quality jewelry and providing top-notch customer service. Their expert gemologists handpick only the highest quality diamonds. Each piece is then crafted by artisans right here in the USA.

Shopping directly from Brilliance, as opposed to a jewelry store, cuts out the middleman. You are shopping from the very people who design and create the jewelry, not just those who put a price tag on it and sell it. This direct to consumer shopping experience is not only more transparent, but also saves you money by cutting out the middleman.

Brilliance offers a wide range of diamond jewelry, including stunning engagement rings, wedding rings, and promise rings. Promise rings are given as an expression of a promise two people have made with one another. While this could mean a promise of future marriage, it could also symbolize a promise of never-ending-love or of trust and companionship.
Enter below for a chance to win a set of promise rings from Brilliance. One lucky winner can select the set of promise rings of their choice worth up to $1000.

Entry-Form
Terms & Conditions: Sponsor is responsible for prize fulfillment. Dorky’s Deals and all participating bloggers are not held responsible for sponsors who do not fulfill their prize obligations. Dorky’s Deals received monetary compensation to host this giveaway. The odds of winning are based on the number of entries received. No purchase is necessary to enter. Void where prohibited by law. This giveaway is in no way administered, sponsored, or endorsed by or associated with Facebook, Twitter, Pinterest or any other social media. The winner will be chosen randomly via Giveaway Tools and contacted by email. Winner will have 48 hours to respond before a new winner is drawn. US only, Ages 18+. For any questions contact Jaclyn at dorkysdeals@gmail.com.
Posted by Unknown at 1:00 AM No comments: 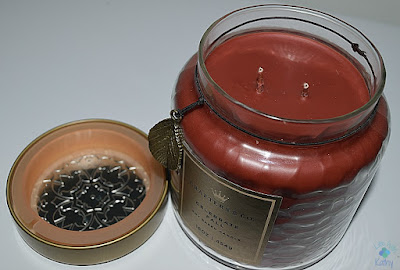 This giveaway is for a 16 oz. jar candle of the scent "Celebrate Fall". The giveaway is open to the U.S. only. It will be open til 10/18. Good luck to everyone!


Disclosure: Life With Kathy and all other participating bloggers are not responsible for prize shipment. The giveaway is in no way administered, sponsored, or endorsed by or associated with Facebook, Twitter, Pinterest or any other social media. The winner will be contacted by email and have 48 hours to respond before a new winner is drawn. I received this product in exchange for a review. The opinions are all 100% my own and may differ from yours.
Posted by Unknown at 1:46 PM 1 comment: