So I was having a Big Game party anyway...I mean, hello, the Pats were going. Just in time, Crowdtap hooked me up with the Weight Watchers Big Game Party You'd Like to Throw. So I got this box of coolness to add to the festivities! 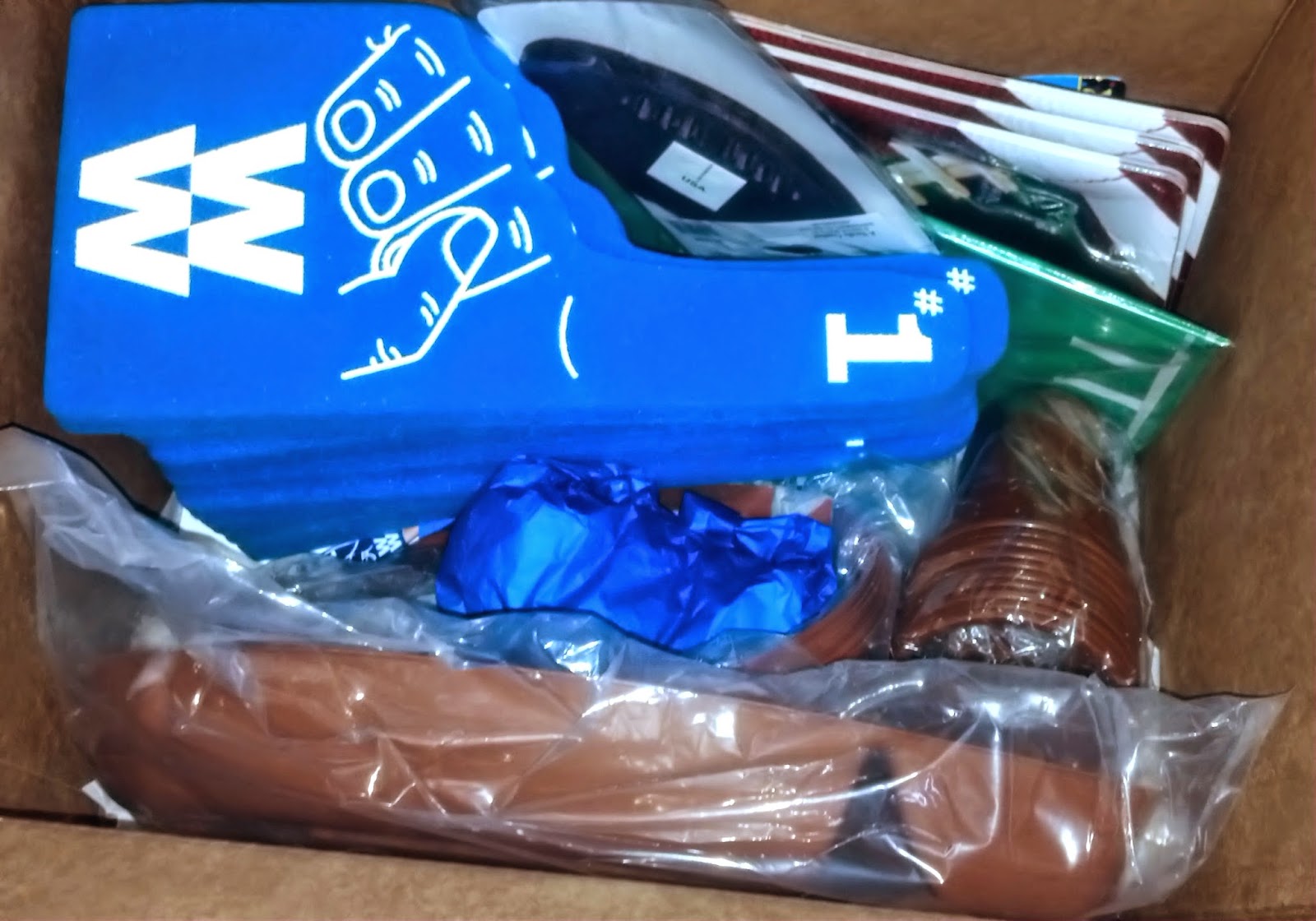 Included was some great new recipes for party fare that wouldn't leave me feeling like I'd been bad. So I jumped right in. Party time!

I made several recipes from the Weight Watchers cookbook. It's all about bacon, so I started with the BLT Dip: 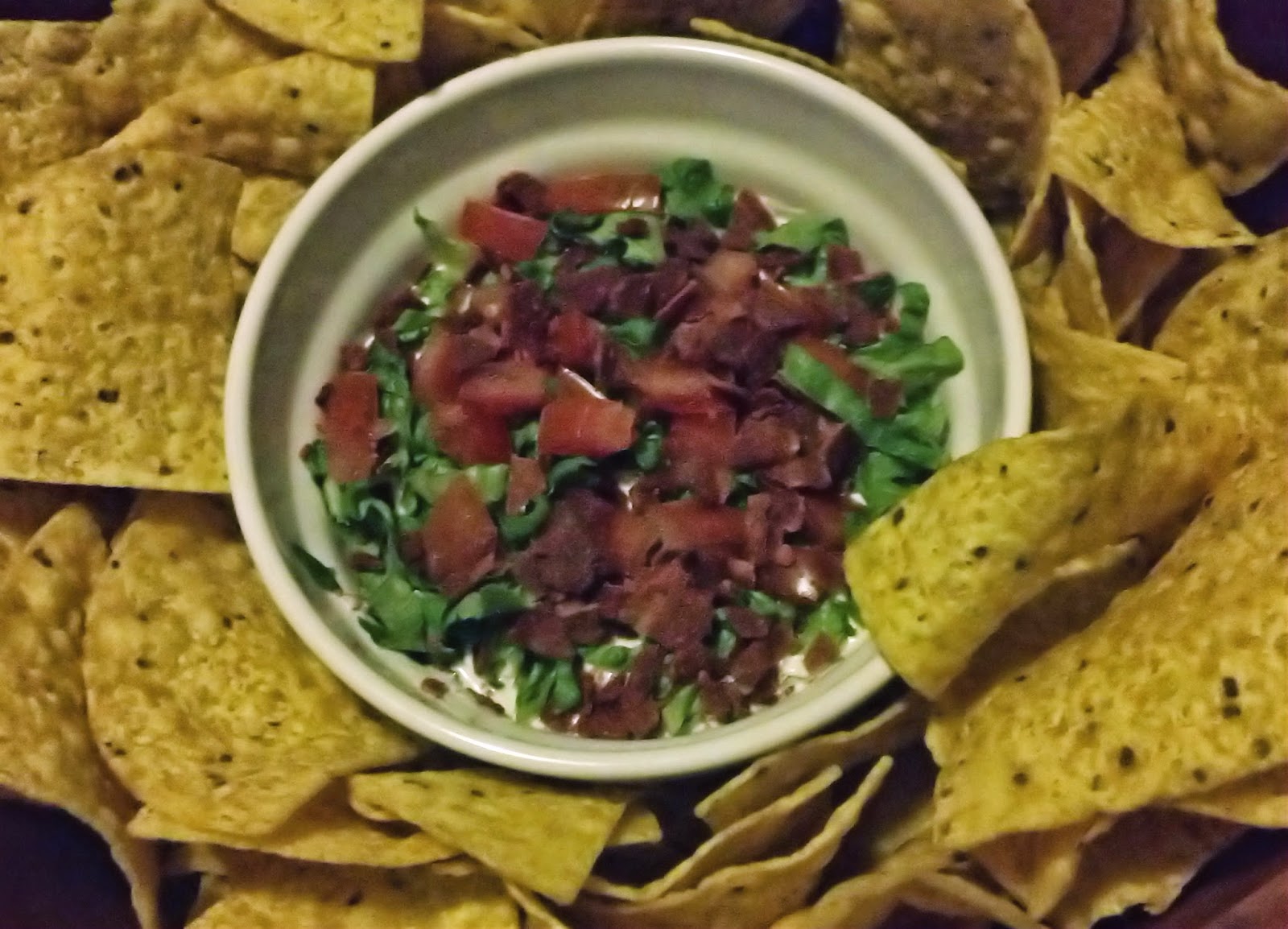 We're big fans of snack mix, so we had to have the Teriyaki Snack Mix: 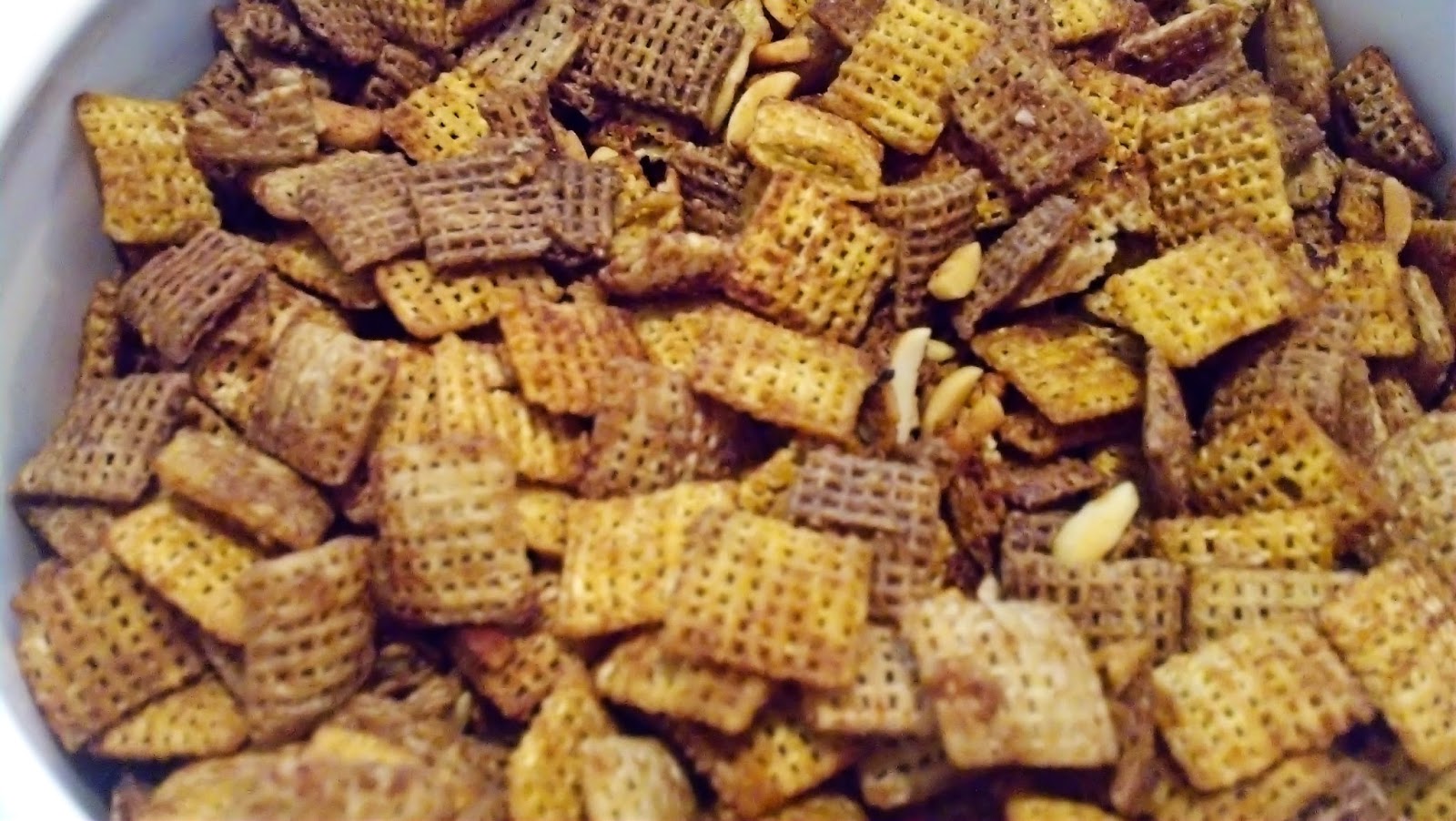 And, of course, the Mini Sliders! 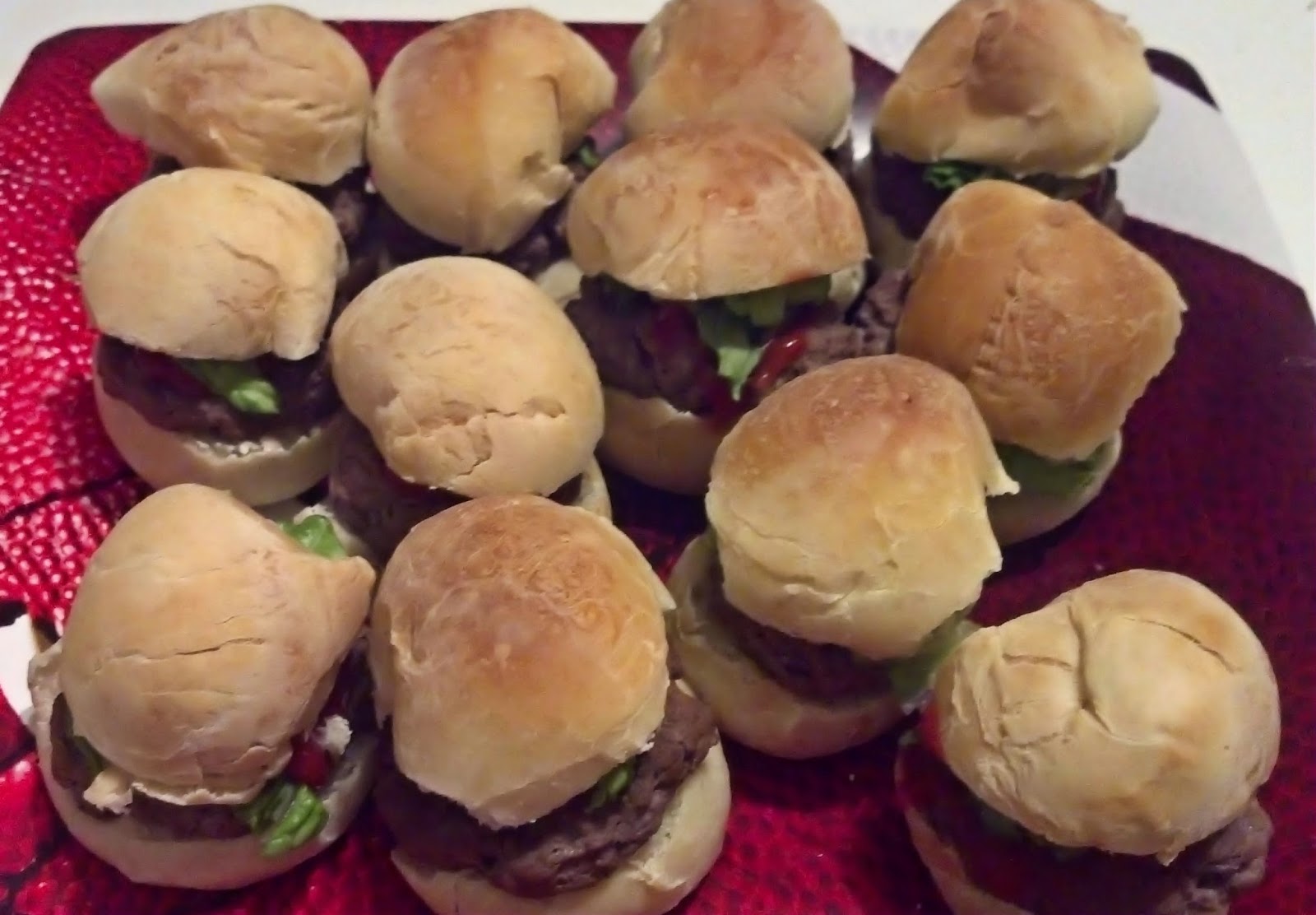 There was a fabulous recipe for Mini Peanut Butter Ice Cream Sandwiches, but I couldn't find the right chocolate wafers. So I made mini-cup desserts instead with the recipe, using sugar-free wafer cookies to keep the calorie content low: 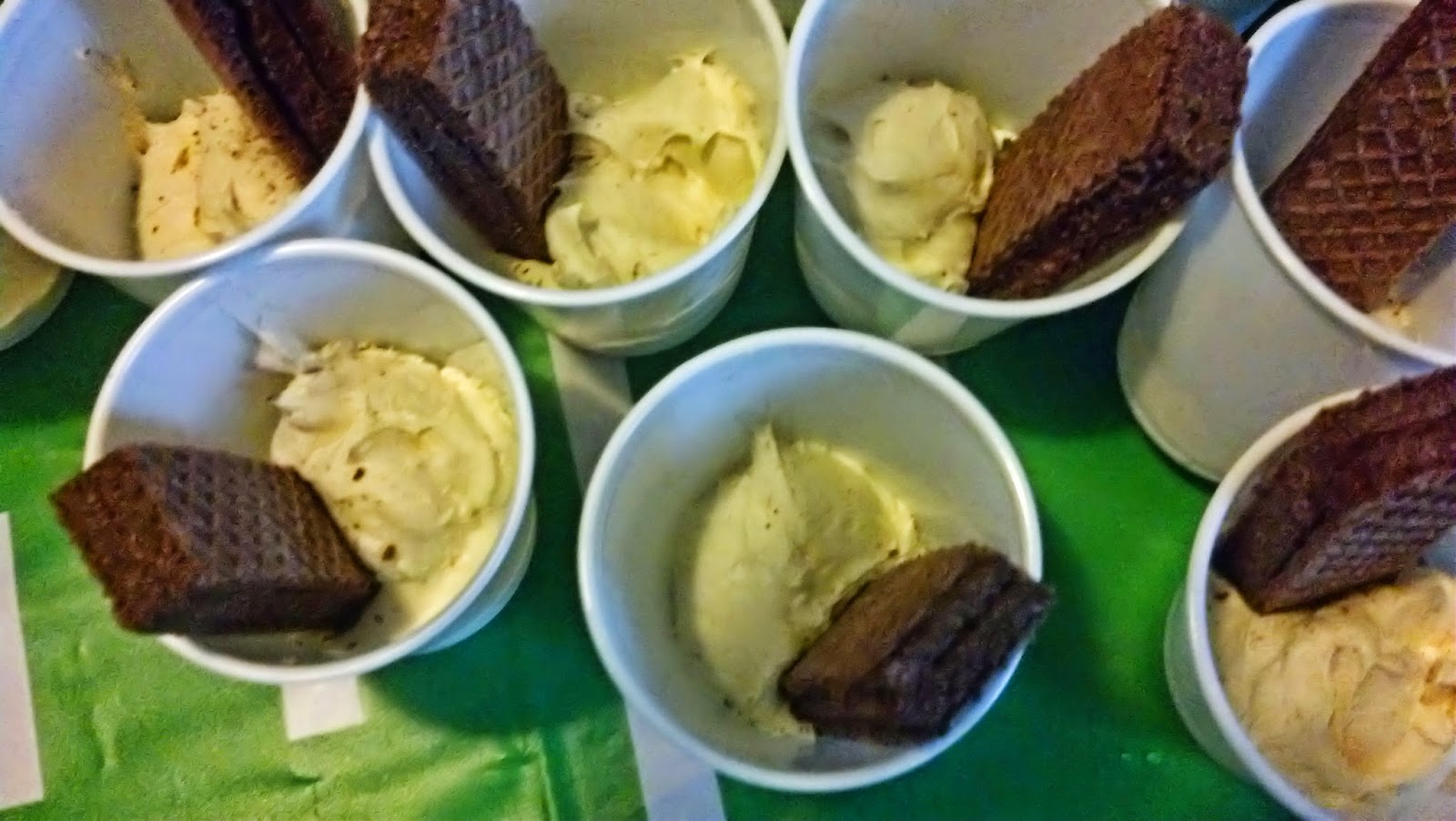 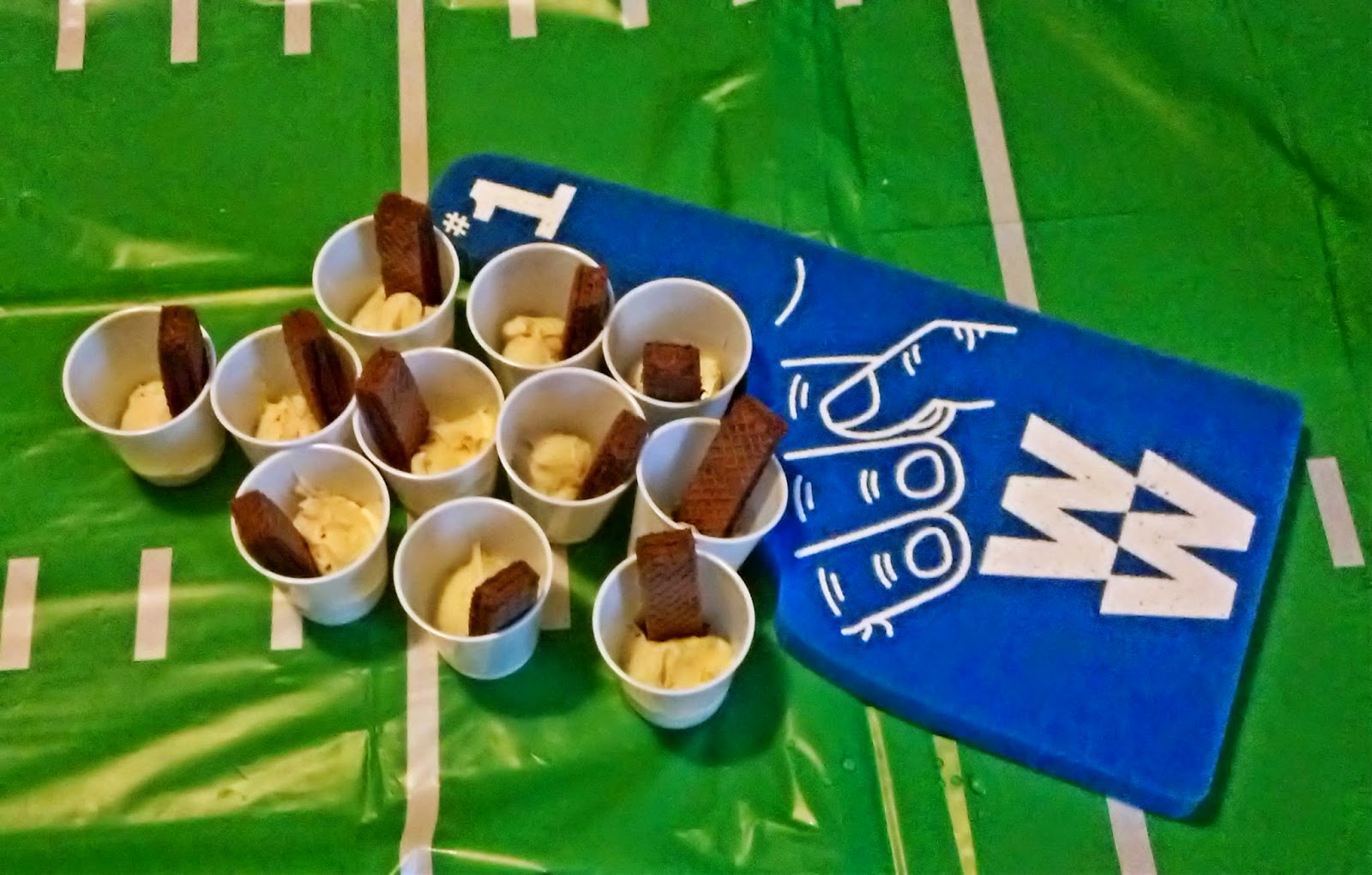 The party guests didn't mind the "lighter" fare at all. In fact, they were very surprised that it was healthier...and they took the recipe books with them when they left! I expect to see these great dishes at future get-togethers, including my own.

I received party goods from Crowdtap for sharing and review purposes. My opinions and man-cave are my own.
Posted by Unknown at 6:33 PM