Neutrogena always seems to come up with some new and interesting products, and I was overjoyed to be chosen by Crowdtap as a member of the Neutrogena Rewards group to try one. Especially since on any given day, the dark circles around my eyes make racoons envious. 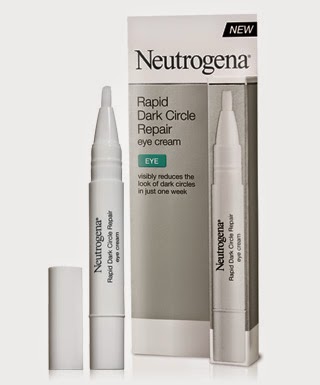 And yes, that's really what it looks like. The applicator is a very soft brush, and you sort of paint it on.

Here's me before. Pardon the odd camera angle, but I wanted for you all to get a good view of my ghoul look. You can see that the dark circles go WAY down. 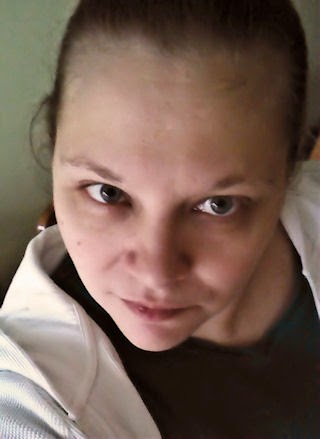 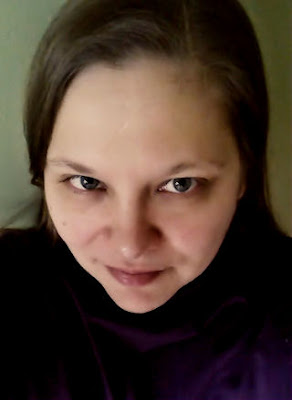 The Dark Circle Repair seemed to reflect back light and diminish the dark circles, even on the first day. With each additional day, they faded a bit more. The effect lasted even after I skipped a day, which I think is pretty cool. It absorbs quickly, so it's easy to add to my normal routine...seriously, it was on, and bam, it was all set.  Other than a feeling of tightness, which I think was part of the deal, there was no irritation, and in fact, it felt cool and comforting going on. The brush is very soft, and doesn't tug on the skin around my eyes.

It feels good, it's an easy add to your routine, and it works...I say go for it!

I’m a member of the Crowdtap Neutrogena rewards program, and Neutrogena sent me a sample of its Rapid Dark Circle Repair eye cream to review.
Posted by Unknown at 8:43 PM