You've probably seen my many posts about Influenster, where I reviewed the wicked cool products I got by being a member. But now I get to brag about how where the awesomeness flows: Their new website!

The old site was very simple. Tabs at the top, everything within those tabs. I had basic info, but I didn't really know how you were doing from day to day, if you get my drift. The tabs are still there, but now there is so much more going on.

Now instead of just hoping you get picked for their product trial program (The aforementioned VoxBoxes of Great Joy) you can complete tasks to help your odds.

Too much work? Goodness no! These tasks are very simple, from doing short surveys to answering questions posted by other members. I personally love giving helpful advice, and am more opinionated than you can believe, so it's like second nature.

If you already blog about certain subjects, you're good to go right there. The more social media savvy you are, the better you do.

It's very professionally done. I love the color scheme. If I had any complaints, I would have preferred a "Return to Previous Page" linkup on some pages, especially when I'm working on a task with multiple steps. Also to code the hyperlinks so that they automatically open in a new tab/window. What also might be neat would be to get an email alert when items that are "Under Review" are complete.

I know, I know, I'm the luckiest person alive. But guess what? You can be too!!!

You can sign up to be an Influenster right here. And all this happy can be yours.

I was lucky enough to qualify for the Naturals VoxBox (a box of samples and goodies to test) through Influenster. Scope it: 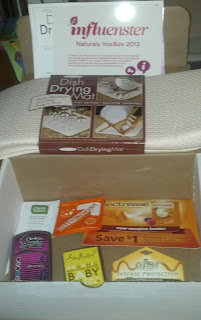 What did this happy girl get?


Thank you, Influenster, and all these lovely companies, for the opportunity to try all of these out!

Posted by Unknown at 3:50 AM No comments: 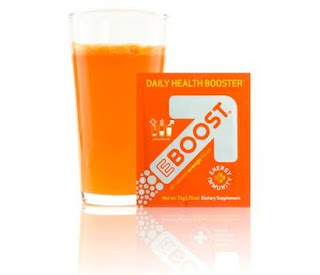 I will say it is probably the best tasting energy type drink I've tried. It's like a fizzy (and it fizzes like you wouldn't believe) orange drink, like those little Hugs drinks.

I did feel an immediate boost in both energy and all around well-being as well. So it was a fantastic experience.

About two hours after, the upped energy started to fade. Within three hours, that aspect was gone. I still had a "healthy" sensation, but my butt was dragging.

So my official opinion is that it's REALLY yummy, works well as an immunity booster, but only good for a short duration as an energy drink.

Go get some for yourself! EBOOST Site.

Posted by Unknown at 3:27 AM No comments:

Number one: The scent is awesome. I know I go on and on about scent, but my nose is my master sometimes, and scent can be a dealbreaker with me. The scent is lemony, with a rich undertone. It works well for both adults and kids. 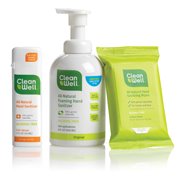 Speaking of kids, that leads me to Rocking Thing Number Two:

You can use them on faces. I have a very gross toddler who thinks walking around with crust on his face is just fine. I beg to differ. Having something that sanitizes instead of just cleans is just what I was looking for.

They have many, many products. I totally want to check out their Orange Vanilla scent. See here: Cleanwell Site

Posted by Unknown at 3:02 AM No comments:

I was in holding hands mode with Influenster before, but The Original™ Dish Drying Mat made me want to make out with them. It's the godsend that replaces those annoying drying racks. Scope it: 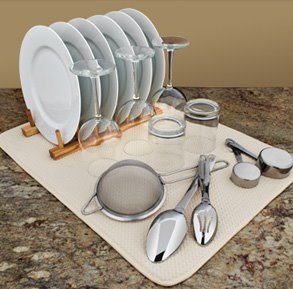 It's a nice, thick mat that goes on your countertop. When you don't need it, it tucks away, and you have your counter back.

I use this many many times a day, as I handwash pots, glasses, and the like. I'm a busy Mom of three, so anything that makes my life easier is a huggy thing to me. I will be using this Mat forever. At that price, I'm getting a few!

Again, thanks for much for the complimentary Dish Mat, Influenster...much much happy from one item!

More info:  The Original™ Dish Drying Mat Site
Posted by Unknown at 2:28 AM No comments:

Ah, those Influenster elves have done it again. I got another fantastic product free to try.

All natural can't possibly do a good job, right? Especially not a lip balm. Lip balm has to be nasty and greasy to have any chance of lasting past the application. This is fabulous stuff. Seriously. It has a delicate, minty fresh scent to it that actually wakes me up.

Patience, grasshopper. Yes, it works like you wouldn't believe. I can put it on and it keeps my lips soft for hours. And the best part: it's not greasy. At all.

Actually, that's not the best part. The best part is it's ALL-NATURAL INGREDIENTS. With ultra-rich, organic shea butter, pure vitamins A and E, coconut oil. Made with pure Swedish beeswax.

Even better..Not tested on animals!

It's also got the cutest applicator I've ever seen. A little sliding bee. Seriously.

Posted by Unknown at 2:09 AM No comments: 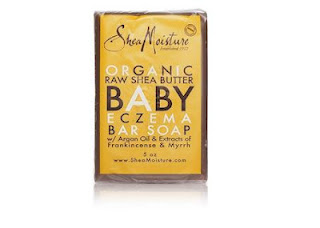 Posted by Unknown at 1:32 AM No comments:

As my bio states, I am the owner of an independent publishing house, Mojocastle Press LLC. I have been in the ebook/ publishing industry for more than ten years, in various incarnations.

This is not as simple as you might think, as I learned from a very enlightening conversation I had with one of my Twitter folks recently. It concerned author's responses to bad reviews.

Obviously, authors don't like bad reviews. They worked hard on that book, and having someone say negative things about it is like being told that you have an ugly baby. The authors' reactions can be very strong, ranging from posting angry rebuttals on the review to trashing the reviewer in various social media. Obviously, the reader knew how personal those remarks were to the author, and they're just being mean/obnoxious/jealous because they've never written a book. Right?

There is a certain faction of folks who post on the internet just to hurt others, but for many readers, they simply aren't aware that the author takes it so personally. With social media breaking down the barriers between businesses and customers, people are very comfortable talking directly to companies and issuing complaints/compliments, even huge conglomerates.

They don't see the books as the profound result of giving artistic birth, but as simply another product they're expressing their opinion on. The ebook format builds on that impression, due to the huge numbers of available books and the instant gratification.

Could they be more sensitive?

Sure. But wouldn't you want the actual, honest opinion? If it's constructive and valid, it's a useful tool to be a better writer. If it's not, and one of those reviews posted by one of the hater minority, then it doesn't require a response; the idiocy of the review tends to invalidate it on its own. In many cases, it has the effect of creating interest in the very title it attempted to slander.

Well, an author can post a gentle, kind rebuttal, right?

Because of the virulent responses in the past, many readers have a hair trigger response to ANY communication from the author. Even if it's a completely benign post, the reader and their fans may flare back.

So what can the author do?

In most cases, according to the reader I chatted with on Twitter, the best move is to do nothing. For the reasons I mentioned above, it's not really necessary. If it's offensive or severely inflammatory, i.e. a personal attack on the author, or anything else that is grounds for a legal case, it's best to handle it via a lawyer or other source of legal advice, instead of in a useless flame war. Take what's constructive and use it, and ignore what isn't. If they really annoy you, kill them off in your next book. Anything can spark the muse.

Why don't you take the author's side?

I am. It's in the author's best interest to present a professional face to the world, and an approachable personality to the readers. I want to see them succeed. Posting rants on social media doesn't accomplish that. Going into a deep funk over a few lines on Amazon doesn't do it, either.

What it really come down to is that it's a reader's opinion. One may pan a book, while hundreds adore it. It shouldn't ruin your day, month, or writing career. Note it, take away from it what you can, and move on.

The reader already has.
Posted by Unknown at 2:58 PM 2 comments: